*This post may have affiliate links, which means I may receive commissions if you choose to purchase through links I provide (at no extra cost to you). 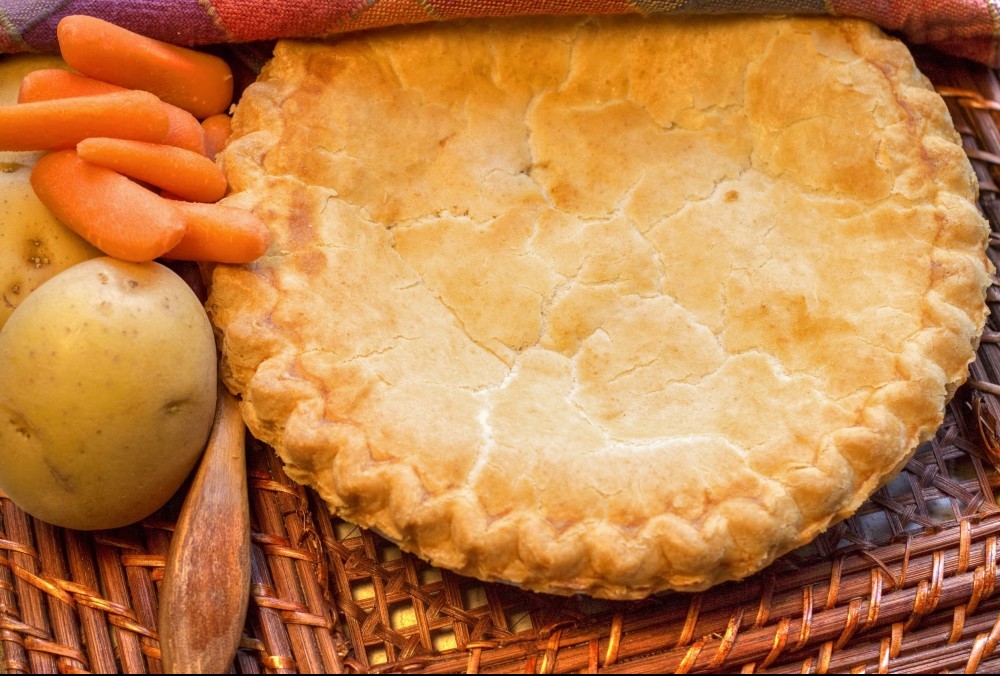 There are a few dishes that just scream “Comfort Food”, and Homemade Chicken Pot Pie is certainly one of them.  Smelling that buttery crust and rich, creamy filling baking in the oven on a chilly fall day is what baking is all about.  And what’s better than preparing a pie from scratch, using all-natural ingredients?

This homemade chicken pot pie recipe sets up well – no watery, soupy mess on the plate.  It also freezes well, so if you want to use some Dollar Store aluminum pans, go for it.  Just wrap them well in plastic before freezing.

Preparing a pot pie is a great way to use up any leftover meat (in this case, chicken) and veggies you’ve got in the fridge.  Because you cook them before you put them into the pie, you don’t have to worry too much about water content or anything that could make your pie soggy.  I’ve used potatoes, snap peas, celery, mushrooms, green/red/orange peppers, green beans, . . . really just about any combination you like and believe would be tasty together.

Handy Tip: You can do a lot of the prep work for this well ahead of time.  Just check out your veggie crisper drawer and pull out anything that’s looking like it may not make it to the next crisp salad.  Chop it up and put it in a pot with 2 tsp dried parsley and just enough chicken broth or water to cover.  Cook briefly until the veggies are tender, then store the whole thing in one large bowl with a cover.  Add more veggies as you can.  It’s OK to mix them all together in one bowl.  Just try to keep the broth or water to a minimum.

I adapted this recipe a bit from James Beard (one of my favorite chefs for taking recipes back to the basics).  The pastry is a bit more rugged than a normal fruit pie, as it needs to stand up to some pretty heavy, creamy sauces. 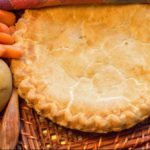 Final notes: Here at Baking Naturally, I work to provide kitchen-tested recipes that use only natural ingredients.  However, IF you wanted to cheat a bit and purchase a store-bought crust, that’s up to you!  Just remember, the store-bought crust is made for a fruit pie and will be quite a bit thinner than the one called for here.

If you make it, give me some feedback.  I love to hear from you!

Want your own website? Here’s how I did it. Cast Iron Cookware That is a Work of Art For Perfectly Cooked Steaks, Check out the Otto! As an Amazon Associate I earn from qualifying purchases.

We use cookies to ensure that we give you the best experience on our website. If you continue to use this site we will assume that you are happy with it.OkPrivacy policy